Why memorizing is crucial in the game of poker 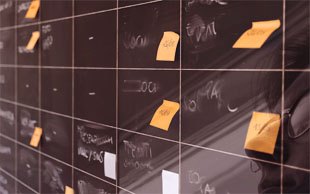 Memory is seldom mentioned when poker is discussed from a strategic point of view. The thing is, though, that it plays a crucial part in a poker player’s possibilities to perform really well.

Why is a good memory important in poker?

Poker can, from a strategical perspective, be played in two main ways: general and specific.

For example, when a player is thinking about call or fold in a hand on the river, he may think something like: “this hand will in average be strong enough to call with in this spot.” This is general strategic thinking.

But if the same player can weight specific circumstances into the decisions, he can think something like: “this hand will in average be strong enough to call with in this spot, but this player is never betting for marginal value and seldom bluff.” That would perhaps change the decision.

In the second case the layers were both weight the general aspects, like hand strength versus the cost for a call, and the specific aspects, namely the tendencies of the opponent.

This could be written in a formula as something like:

Good memory + observation of the opponents = increased potential for maximum exploitation of a hand situation.

Dan Cates, undoubtedly one of the best poker players, said in an interview: “l have a very good memory for each decision tree point, and also how players play different ones of those.”

The value of observing the opponents and memorize playing patterns are of huge gain. The specific information that accumulates is a needed component aside the general information a player has about the game when a decision should be made.

If you have problems with memorize the action that the opponents on your tables has done lately, this is far from strange. Few, players even make an effort to observe these things.

But you should, if want your results to improve. One obvious aspect here is the amount of information.

That multi-tables accumulate more information that one table is obvious. But, it’s also true that one cash game table accumulate more information compared to a Sit n go with the same number of players. The reason is that in cash games players leave the tables and are replaced with others. That is not the case in a Sit n go. There are no replacements and then a player leaves, that’s because he is eliminated and he will not be replaced.

So, instead of letting your opponents have an edge on you because you cannot match their memorizing capacities, you can make it easier by playing these small tournaments because the total information connected to the players action are not that large.

Who is the most unlucky player