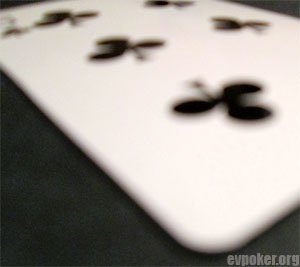 In another article about poker psychology, the importance of discipline was mentioned and also how hard it can be to develop in the mental area of the game. Some of the ways people function psychologically in poker is determined upon deep-rooted factors that are assimilated with circumstances unique to every person.

This is probably no big news for you, and hopefully you can see ways to get through difficulties in the way of acting disciplined and hold on to the long perspective plan in your poker game. Methods to avoid tilting have been mentioned (in the same article that was referred to above) and the advantages in follow a plan have been pointed out as helpful a way to accomplish continuity.

Still, there are problems lying ahead. After you have realized the mental factors involved, the question remains about your ability to practice the knowledge and methods.

To practice good discipline you must seek out the right conditions. Your reasons to play will affect your result. Are you playing poker because you need recreation or because you are motivated by the game itself?

If you lack motivation, perhaps it's better to wait until the next day before playing. In being able to perform well, you need to be focused and without motivation you will probably not be focused enough. Maybe you can play the cards on auto pilot, but how about making the efforts to analyze the other players around the table?

Another important thing is rest. If you are tired, your performance will fall. Maybe these things are obvious to you, but this is crucial things that sometimes are forgotten or neglected. These are factors that can affect your results a lot.

If your reactions on hands that you lose is filled with anger, you have something to deal with. Sure, you would be pretty strange if you would laugh or even bother than losing a big pot with bad luck involved, but the anger must be displaced to a high degree otherwise it will disturb you from concentrate properly on the game.

Some people get annoyed pretty easily in daily life situations. These people are most certainly prone to get more upset and other also in poker when thing to in the wrong direction. The first thing to do is understand that this is the case and the next step, harder one, is to try change your attitude, on how you look at the game.

Lack of motivation and tiredness are temporary conditions. A person’s life situation, including his background are more lasting circumstances, and these things are also involved, but in a somewhat implicit way. In one way or another, these things are also affecting your poker game in very different ways.

An example can be given. After losing all his chips, a player, could sense resemblances of a losing pattern he think is typical even in his ordinary life. The poker game and the life itself are given parallels.

Here's another example. A player is involved in a pot when the opponent bets after the last card has been shown. The player now looks at his cards and thinks that his cards are probably worse than his opponent. The thing is, however, he can’t drop his hand, something is pushing him to make the call.

It can be assumed that the players in these examples are in situations their life conflicts with their game. They can’t react rationally or play properly in the game because something outside is affecting it.

Bad beats are real, both statistically and in real-life situations. However, champions always show mental strength and patience, because they know deep inside they have an edge on their opponents, which will pay off when the situation is right."Elky" Grospellier

A genuine knowledge about the strategies, probabilities and psychological aspects will give you a more rational attitude towards poker. This is because you know things. You know when you are losing because of bad play, or that you couldn’t avoid slipping out of focus. And when you aren't winning despite being a big favorite in a hand, you know that the probabilities still made it possible.

But to understand is just step one. The next step, a much harder on, is to accept. A player with fundamental knowledge will always understand that his losses in a single pot is just short term variation, but will he accept the bad beats that occur?

Not until you also accept to lose, despite that you deserve to win have you become someone with the right character to handle the mental storms in poker.

Who is the most unlucky player